“Bumba & Andre is an African artistic duo who works with a plethora of media. As two collaborative artists, they typically work with: drawing, painting, sculpture, installation, video, text, photography and performance. Bumba & Andre is black and white, male and female, and thus their artistic concerns expand to encompass the phenomenon of dichotomy and duality. Their work is broad and dynamic, pushing the physical and conceptual limitations of each medium they work with. Bumba & Andre’s work straddles the line between humour and quirk, and the arduous and solemn reality of the topics they deal with; always sprinkling in the “lighter side” in a tongue-in-cheek manner. The duo is interested in, and explores the concepts of: love and romance, heritage and race, gender and sexuality, history and histories, the primitive, language, play, psychology, the abject, and neo-fantasy. The mixed-race, mixed heritage duo adopt neo-fantasy as the playground to scrutinise the human condition, and its varied interpersonal relationships that form and shape our identity and personality, throughout time and constant engagement with the environment; without the restrictions of “accurate” historical representation. Their fantastical world is constructed around the alternative, the hypothetical and the impossible; informed by the subjective experience of the [each] other.”

In addition, du Toit has participated in a number of group exhibitions: Basic Reality, at the Goodman Gallery Project Space (2011), DOG, at The Alliance Francąise (2012) and When We Look at You, at the Fordsburg Bag Factory (2013). In 2014 he was also included in the top selection at the Thami Mnyele national art competition.

Longwe was born in Ndola, Zambia in 1993. Longwe and the rest of her immediate family relocated to Mbombela, South Africa in 1994 after the country gained its emancipation from the Apartheid regime. Longwe grew up in Mbombela and moved to Braamfontein, Gauteng to pursue her studies in Psychology. In 2014 Longwe graduated from the University of the Witwatersrand with an undergraduate Bachelor of Arts degree – majoring in English Literature and Psychology – and obtained her Honours degree in General Psychology in 2015.
In 2015 Longwe met Jacques du Toit and it was this encounter that inspired a strong interest in Fine Arts. Later that year they teamed up as an artistic duo, forming Bumba & Andre. The Sasol New Signatures competition (2017) is their debut as performance artists. 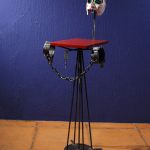 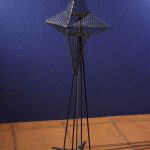 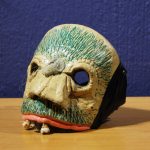 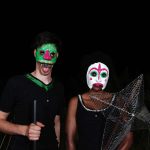 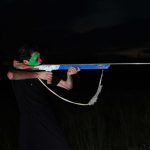 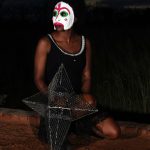 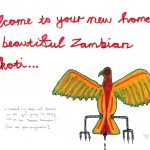 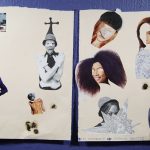 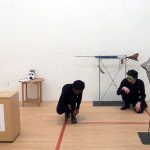 This video work is a compilation of footage taken during the year of 2015, when Bumba and Andre met. The fragmented sequence is a documentation of their personal engagements in different geographical settings that make up their social map. The editing involved a spontaneous combination and juxtaposition of footage sourced from these different locations: the humdrum of a metropolis in contrast with complete tranquillity.

A snippet from the world of neo-fantasy – where text and drawing become reality. Barend meets Chichi for the first time…

Chichi lures Barend to The Garden. Created by the TammaHawk, yet tended to by Chichi, The Garden is known to have mystical powers that incite a craze for lust. To date, no man has been known to escape.

Run on Joburg energy and a Blikkiesdorp budget.